BRAVE QUEEN PADMINI OF INDIA RECOGNIZED FOR JAUHAR OVER DEBASE 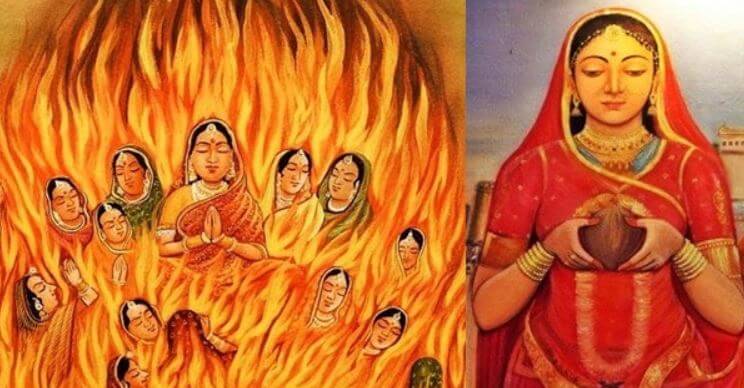 The queen of Chittor Padmini was the legendary Queen. She was the wife of King Rawal Ratan Singh. The king married Queen Padmini by defeating Malkhan Singh in a Swayamvar.

Queen Padmini’s life and death have been the subject of many legends, ballads, and even in movies in recent years. Malik Muhamad’s epic poem Padmavat commemorates the story of Queen Padmini. He wrote Padmavat in Awadhi language. The extraordinary beauty of Padmini was spoken of in kingdoms and courts across Hindustan.

The tales of her beauty had also reached the ears of Alauddin Khilji, the Sultanate of Delhi. An obsessed Alauddin Khilji attacked on Chittor to capture the elegant queen. He wanted to make Padmini a part of his harem. Khilji won the battle with Ratan Singh. Instead of losing their honor to Khilji’s army the queen and wives of other warriors preferred Jauhar. A huge pyre was lit in an open yard surrounded with a single door for mass suicide. The queen and wives of thousands of warriors of her court prepared themselves in their wedding trousseau. They locked the door behind and jumped into the flames in mass.

The Sultan and his fervent troops entered the fort to seize all the females but he found ashes instead. The sacrifice of these brave women has been kept alive by bards in their songs. The bardic poetry praised women who preferred supreme sacrifice over humiliation. The courage and sacrifice of Queen Padmini continue to make an impression even today. Unfortunately, no images of Queen Padmini are available as a proof to her exceptional beauty and personality.

To know more about visit Rajasthan and it’s historical places.