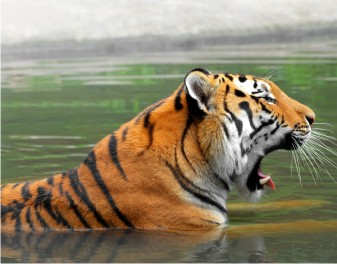 Golden Triangle tour with Ranthambore is an exclusive tailor-made package for 6 nights and 7 days. The Delhi, Agra, Jaipur, Ranthambore trip is a balanced tour package of heritage place and wildlife. The wildlife of Ranthambore is also a preferred heritage land of India that gives a complete package of holiday destinations. This Golden Triangle tour offers a special package to explore two different themes journey: adventure and heritage reserves. Two themes under a single package of 7 days make it most demanding and worth one to explore the deeper tales and history of North East India.

Delhi, Agra and Jaipur are known for their heritage monuments built by Mughal and Rajput rulers and Ranthambore is a heritage national park which once used to be the hunting land of royals. Delhi, Agra and Jaipur serve you a chance to explore the reserves of ancient India and Ranthambore is a home town of several furious wild animals. The hunting land of royals gives you a chance to meet with tigers. Tigers and Ranthambore National Park both are deeply connected as it is the only National Park has the maximum number of tigers. Enjoy the tiger safari in the deeper zones of forest taking with Ranthambore trip to experience a tasteful choice of adventure.

Golden Triangle India tours is an exclusive package of 7 days to define the culture, beauty and attractions decorated in North East India. Shopping, cuisines, handicraft market, textile market and likewise are much more to explore and make your trip an exclusive one.

This adventure travel package is the celebrated event that gives you the opportunity to make you feel the opulence of natural wealth. Explore the undulating landscape of Aravali peaks amid the steep slopes of Vindhyas. In fortunate conditions, you can see India's national animal strolling through the Ranthambore Tiger Reserve.

Upon arrival at Delhi International Airport you will be greeted by our representative & transferred to your pre – booked hotel. Relax & rejuvenate yourself at hotel.

Further in time drive to Agra, the home of Taj. Upon arrival check in at hotel & stay overnight.

At sunrise visit the Taj Mahal (Closed on Fridays) one of the seven wonders of the world. Built by Mughal Emperor Shah Jahan is a perfect example of most extravagant love.

After breakfast check out from hotel & opt for sightseeing of Agra Fort, the majestic fort of red sandstone stands on the banks of river Yamuna.

By the time drive to Ranthambhore stopping at Abhaneri step well. Ranthambhore, not only a national park it’s a ideal home for tigers & variant type of species, a superior example of Tiger Reserve in India. Upon arrival check in at hotel & stay overnight.

Take an early morning 3-4 hour game drive in canters or jeeps to view the Great Indian Tiger. Come back to hotel & after freshen up start for evening jungle safari in National Park. Dinner and overnight stay at hotel.

Moring after sumptuous breakfast leave for Jaipur famous as Pink City. Upon arrival check in at hotel. Afternoon at leisure.

Today stands the last day of your Golden Triangle with Tiger Tour. Morning after leaisurely breakfast start for Delhi & transfer to Delhi International Airport to board flight for onward journey with some lifetime memories of Golden Triangle Tour with Ranthambore.