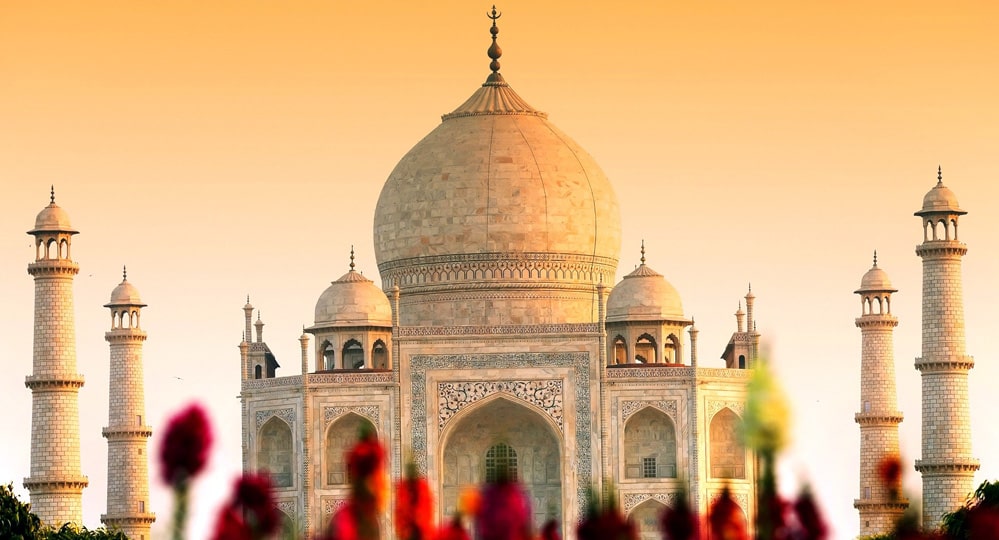 The heritage of India lies in North East and it is an asset from the ruling time of medieval India when Hindustan has witnessed its glorious days as the ruling period time of Mughals and Rajputs. The rulers ruling over Hindustan had some deep connection with arts and architecture.

Many splendid monuments built by some famous rulers like the Mughal emperor Akbar, Qutub-ud-din-Aibek, Shah Jahan, Man Singh, Jai Singh, and many more great rulers have decorated India with jewel masterpieces and a maximum of it is in North East India.

The Golden triangle tour package is a popular tour circuit for Delhi, Agra, and Jaipur serving the best of UNESCO credited heritage monuments. It must be smart and wise to say that Golden Triangle tour package gives a complete Indian heritage tour in very limited time and choosing the best destinations. The tour starts from Delhi and ends at Jaipur giving a merry go round tour circuit.

Delhi - Hey friends! How much you know Delhi? It is just a capital city for you, but actually, the history of Delhi is very different. In the earlier days, India was recognized and known as ‘Hindustan', it was the time when the country was being ruled by several rulers. India was earlier ruled by Hindu and Rajput ruler, but it was later invaded by many Mughal rulers who were attracted because of the wealth and glory of Hindustan.

Delhi was always chosen as the pride city of ruling India. It was the city to flaunt power and show the victory to the entire country and every ruler. The rulers used to dream, to rule over the throne of Delhi and flaunt their power. The very famous Qutub Minar of Delhi is having seven floors and each floor was built by different rulers.

Every ruler who ruled over Delhi added a floor into Qutub Minar and finally, when the ruling period was about to end as India was overtaken by the East India company, Qutub-ud-din completed the minaret. The Mughal era in Delhi gave some more popular historic monuments; The Red Fort, the Jama Masjid and the Chandni Chowk. The Shah Jahan successor of Jahangir had a deep love with the arts and architecture. He designed these monuments and gave the shape which is still adorable.

The British India Company also chose Delhi as their ruling headquarters and built many buildings designed by Edward Lutyens. The major attractions of Delhi are-

Agra - it is a destination in Uttar Pradesh, but in medieval India, it was very close to Delhi and was the residing place of Mughals. On the banks of river Yamuna in Agra, Akbar built the Agra Fort as a mansion for the royal family to rule over Delhi and Agra and North East India.

The Shah Jahan gifted India with one of the most adorable and exclusive monument Taj Mahal, which is located in Agra and adjacent to Agra Fort. The Taj Mahal is a white marble structure and basically, it's a mausoleum.

The emperor had a wife and he was deeply in love with her, and after her death, Shah Jahan wanted something masterpiece in her name which should be admired by the whole world. The innermost premises of Taj Mahal have a tomb of Mumtaz Mahal and emperor Shah Jahan. The major attractions of Agra are-

Jaipur - Jaipur is the capital city of Rajasthan and is a place which gives you a glimpse of culture, tradition, and history. The city is adored as Pink City and it has many attractions which are the signature and pride of Rajput royals. The Rajput rulers gave majestic forts and palaces and every generation is the follower of rich culture and tradition.

The city gives a mixed glimpse of modern city life and ancient life. The city is decorated with several huge gates as an entrance like Jorawar Singh Gate, Sanganeri Gate, New Market gate and many more. The market is decorated with textile and handicraft shops. The main attractions of the city-

The Old Delhi and New Delhi give many mixed experiences. The Nightlife of Delhi and shopping on the streets gives the best part of Delhi to the travelers. The local and street cuisines at Chandini Chowk is something just to try and a mouthwatering. Many of the Shopping markets like Sarojini market, INA, Chandini Chowk gives an exclusive shopping experience.

Agra market is known for three things; leather, Mughal cuisine, and a famous sweet Petha. The leather market is a great option to shop for shoes, bags, belts, and purse. The Mughali Paratha and Mughal cuisines serve tourists a mouth-watering stuff to remember Agra. The night time you can check for lights of Taj Mahal and other shopping option.

Fatehpur Sikri is a famous city beside Agra and it is also an option to add into your tour and package.

Jaipur gives you a platter of Rajasthan cuisines, enjoy the nightlife in Chokhe Dhani and also enjoy the folk dance and songs at night with your dinner and explore the best of Jaipur. You can plan a rickshaw ride and a shopping option for textiles and handicrafts materials and pottery art and crafts exclusives.

Feel privileged with getting a royal hospitality and royal retreat in every hotel of Jaipur and also you can enjoy camel and elephant safari.

Best time to visit-
The Summers in Rajasthan experience hot climate and high temperature which goes to a maximum of 48ºC. Summers and monsoon are not advisable for the tour, but the wintertime starting from October to March marks as a perfect time to choose a Golden Triangle tour package to enjoy every beauty and titbits of every destination.