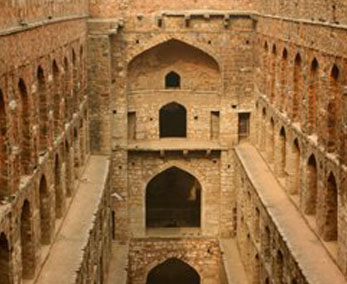 On the grand expedition, begin your morning with a guided tour of the reminiscence of the old world of Chandni Chowk and the new world of India Gate representing an Indo-Islamic confluence. At Agra, visit the banks of Yamuna, the enchanting Taj Mahal and the Ghost capital of Fatehpur Sikri. Enjoy a game drive through the wilderness of Ranthambore and head towards Kota to witness the antiquities of India’s golden past. You will not be disappointed when you head towards Deogarh to embrace its world of miniature paintings, making your way to the majestic splendour of Jodhpur. The trail offers more with a visit to the impressive forts, temples and villages of Ghanerao, Ranakpur which charm your passage culminating into the romantic city of Udaipur.

Establish your morning with a guided tour of Old Delhi. Starting with Raj Ghat, where India’s son Mahatma Gandhi cremated. Visit the largest mosque in India known as Jama Masjid. Take a rickshaw ride in narrow lanes of Chandni Chowk , old bazaar of Delhi. From here we ahead to Red Fort, built by emperor Shah Jahan in 17th century & labeled by UNESCO as world heritage site.
Post lunch you will be taken for a tour to New Delhi planned by Sir Edwin Lutyens. Visit the Humayun’s Tomb, built in 16th century & renowned as World Heritage Site. Our next attraction will be Qutub Minar, the tallest minaret of world & a perfect example of Indo-
Islamic architecture & listed in UNESCO’s world heritage site. Also visit the India Gate & President House, the official residence of President of India. Overnight at hotel.

After a leisurely breakfast lead to Agra, The home of Taj. Upon arrival check in at hotel. Later in the afternoon take a guided tour to the visit of Agra Fort, the majestic fort of red sandstone stands on the banks of river Yamuna. Evening free to explore the local streets. Overnight at hotel.

At sunrise visit the magnificent TAJ MAHAL, one of the seven wonders of the world. Built by Mughal Emperor Shah Jahan is a perfect example of most extravagant love. After breakfast head to Ranthambhore on the way visiting Fatehpur Sikri. knowns as Ghost
Capital. Later straight drive to Ranthambhore, not only a national park it’s a ideal home for tigers & variant type of species, a superior example of Tiger reserve in India. Upon arrival check in at hotel & stay overnight.

Take an early morning 3-4 hour game drive in canters or jeeps to view the Great Indian Tiger. Come back to hotel & after freshen up start for evening jungle safari in National Park. Return to the hotel and stay overnight.

After a sumptuous breakfast leave Tiger’s Paradise for Kota, the historical city renowned for its heritage buildings & rich culture. On arrival in Kota check in at hotel.
Get ready for city tour of Kota including Chambal Garden, the lush green garden. Maharaj Madho Singh Museum, the government museum houses of Rajput Paintings & other valuable antiques. Overnight at hotel.

Morning check out from hotel & drive straight to Deogarh, located in north east of Udaipur & home of world famous school for miniature paintings. Frescoed paintings also can be seen on the fort walls. On arrival in Deogarh check in to the fort. In the evening you can explore the village. Stay overnight at hotel.

Establish your morning with a jeep ride into the countryside with escort & explore the rural lifestyle. Later check out from hotel & drive to Jodhpur at the edge of Desert was once the capital of strong & powerful kingdom Marwar, also called as Blue City of India. Upon arrival check in and stay overnight at hotel.

After a leisurely breakfast indulge yourself into the magnificent heritage of Royal City. Visit the Mehrangarh Fort most imposing fort of India & houses of excellent museum.Visit Jaswant Thada – A cenotaph of the rulers of Jodhpur built in lucid white marble & Umaid Bhawan Palace. Later drive to Ghanerao, well knowns for Hindu Temples & grand fort. On arrival check in at hotel & stay overnight.

Morning opt for jeep safari in neighbouring villages. After check out drive to Udaipur enroute stopping at Ranakpur Temples, famous for intricate sculpture. The 1444 pillars support the 29 halls of temple, none of which are similar. Ahead straight to Udaipur, a romantic city of Rajasthan, also familiar as Lake City. Upon arrival check in at hotel & stay overnight.

Morning after breakfast left yourself in depth of charm. Start your tour to visit the City Palace, built by Maharana Udai Singh on the bank of Pichola Lake, Jagdish Temple, Sahelion-ki-Bari (Gardens of the maids of Honor) Later in the evening enjoy boat cruise on Lake Pichola. After a busy day come back to your hotel & rejuvenate yourself.Overnight at hotel.

The itinerary stands on last day. Check out from hotel & transfer to Udaipur Airport to board flight for Delhi / Mumbai from where you will catch the flight to onward destination.