THE TAJ MAHAL – PERSONIFICATION OF IMPRESSIONS: THE ETERNAL ROMANCE IN ROOTS 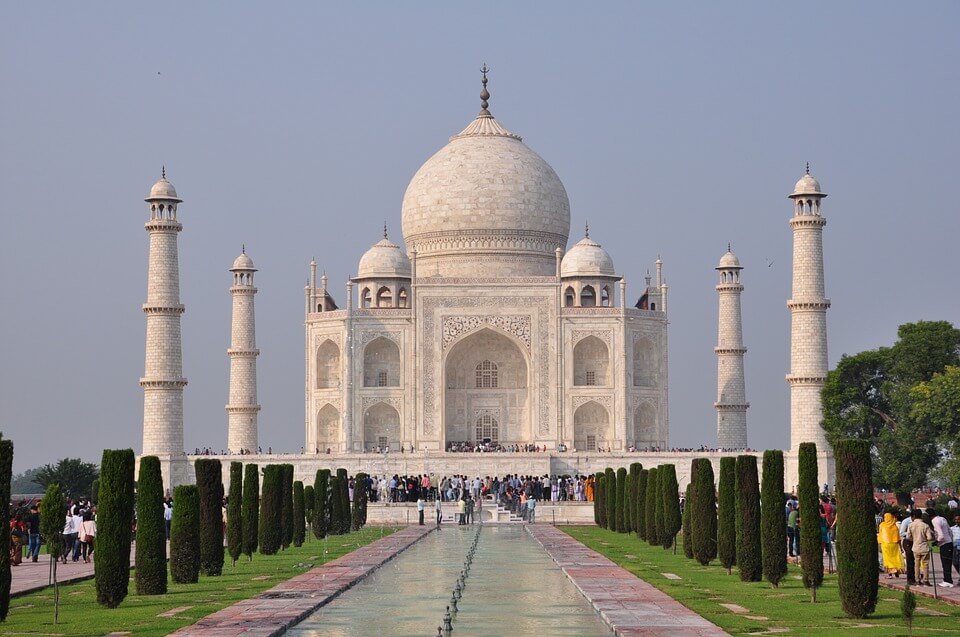 The Taj Mahal is one of the man made wonders of the world, located in Agra, India. Tour to Taj Mahal will take you on emotional roller coaster. It has glorious history attached which declares Taj as an epitome of eternal romance. The monument was being constructed in the earlier part of the 17th century by the Mughal emperor Shah Jahan, for the tomb of her beloved wife, Mumtaz. The entire construction took over twenty years and the labour of about 20,000 workers.

In Arabic, Taj Mahal means ‘crown of palaces’ and in reality, the truth is too good to believe. With Central dome of white marble, it is well deserved to be positioned among the most beautiful monuments of the world. The spectacular structure is located on the southern banks of the river Yamuna and is one of the benchmarks of Muslim art in India during the medieval period.

You will get a real visual treat when you visit the architectural marvel. This became a part of the UNESCO World Heritage Site in 1983, attracting over 3 million visitors from all around the globe every year.

The summer months are extremely hot here. So, the ideal time to visit Taj Mahal is during the period between October to March. You will enjoy the pleasant climate and the best view is seen during the sunrise, when the red glow of the sun lights up the monument with its radiant streak. The edifice looks reddish-orange during the sunset, and it is really awe-inspiring to watch.

The beauty of the Taj remained intact throughout the year, even when the seasons alter. During the summers, the temperatures soar over 40 degrees Celsius, and you will be prone to great heat if you happen to visit the place during this time. The winters and autumn are cool and pleasant, and sometimes you may find the winter bitterly cold.

The Taj Mahal city is well connected to the other Indian Cities. It is located 378 kilometres west of Lucknow, 206 kilometres from the national capital New Delhi and 125 kilometres from Gwalior in the south. It takes only 2 hours from the capital of Delhi and one can visit both the places on a single trip in a day.

How to reach, best option

Taj Mahal is backdrop of annual cultural fest. The Taj Mahotsav or festival is celebrated every year between 18th and 27th February near the east gate of the building, where the theme is depicted as the Mughal era. There are various craftsmen and artists who flock here every year during that time. There are camel rides and elephant rides which you can enjoy here.

There are several beautiful hotels near the Taj Mahal, the foremost being:

Why Taj is the king of 7 wonders

Taj Mahal is undoubtedly the king of the 7 wonders of the world. The beautiful tombs and architecture, the jaw-dropping beauty of the place, plush garden, fountains and the beautiful pools of water create a feeling of great contentment. The thirst of beauty is quenched to the last bit when one visits the architectural wonder. One must take time from his or her busy schedule and plan Agra tour to observe the beautiful decorations and intricate designs of Taj. It is for the lust of beauty that people travel from all over the world to get a glimpse of the wonder. And true indeed, they can enjoy the sensation in the truest serenity.