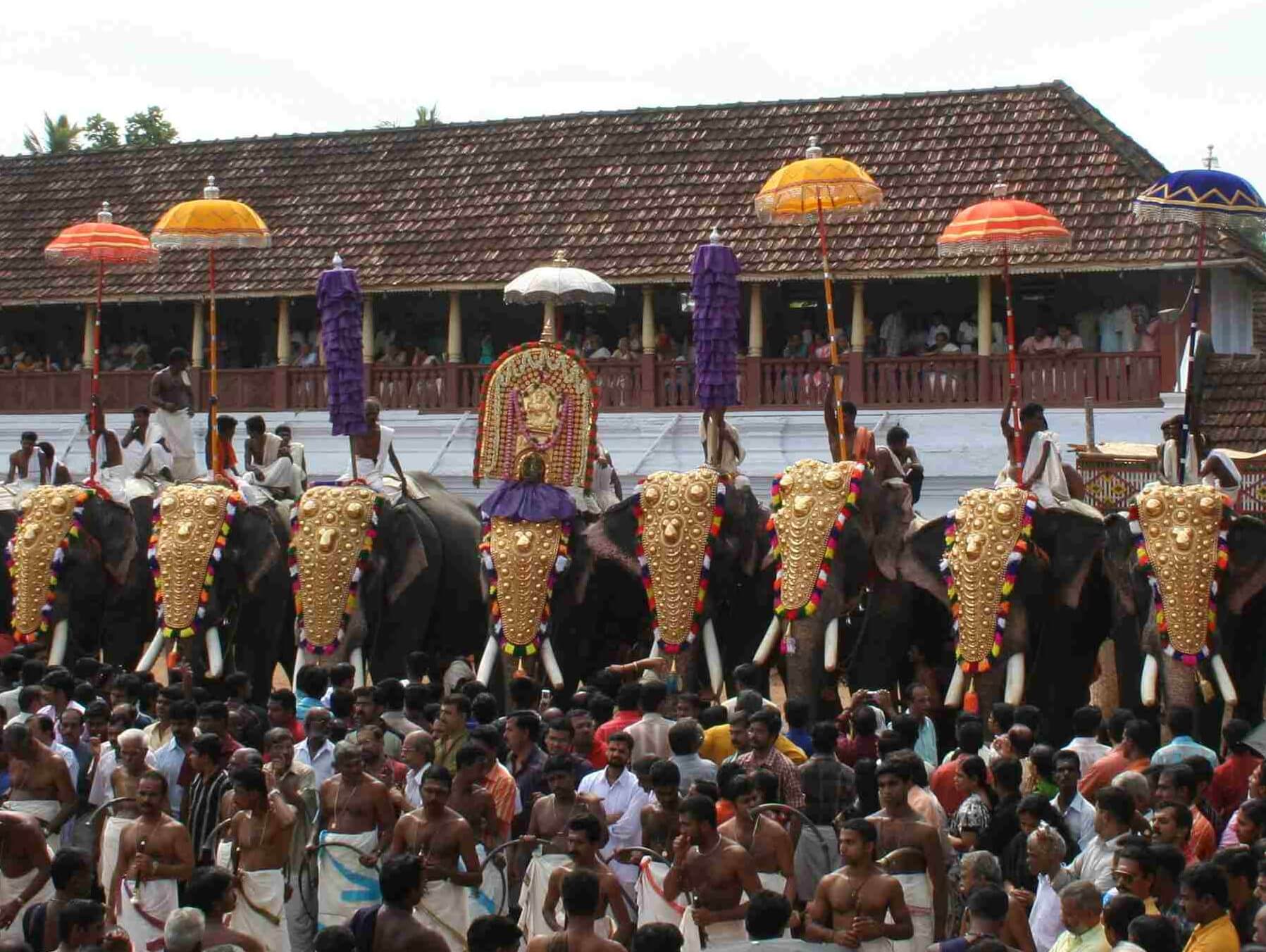 Kerala is rich in its ritualistic and cultural heritage. Like every other Indian state, there is something auspicious about the place, and the elephants are star at Kerala festivals. Together with pulsating music and dancing people festooned tuskers completes ritualistic celebrations. Visiting Kerala during elephant festival will charm you. The sheer thrill of moment at the elephant pageants will create everlasting impact on senses.

Since ancient times, elephants have been tamed in the aristocrat families. The trend has continued throughout the decades and in the present century too, elephants continue to be a part of their culture and they are worshipped and are taken good care of in Hindu temples of Kerala. You will be thrilled to know that devotees donate elephants to the Guruvayoor temple, where they are worshipped with diligence.

Worshipping the giant mammal
Elephants are treated holy. These pageants are held around half the year. Groomed tuskers are incorporated into processions which marks different mode of celebrating cultural heritage. Thousands of devotees from the entire peninsular India flock to the temples to attend the holy ritual. This is one of the most striking features of the Poorams in Kerala. 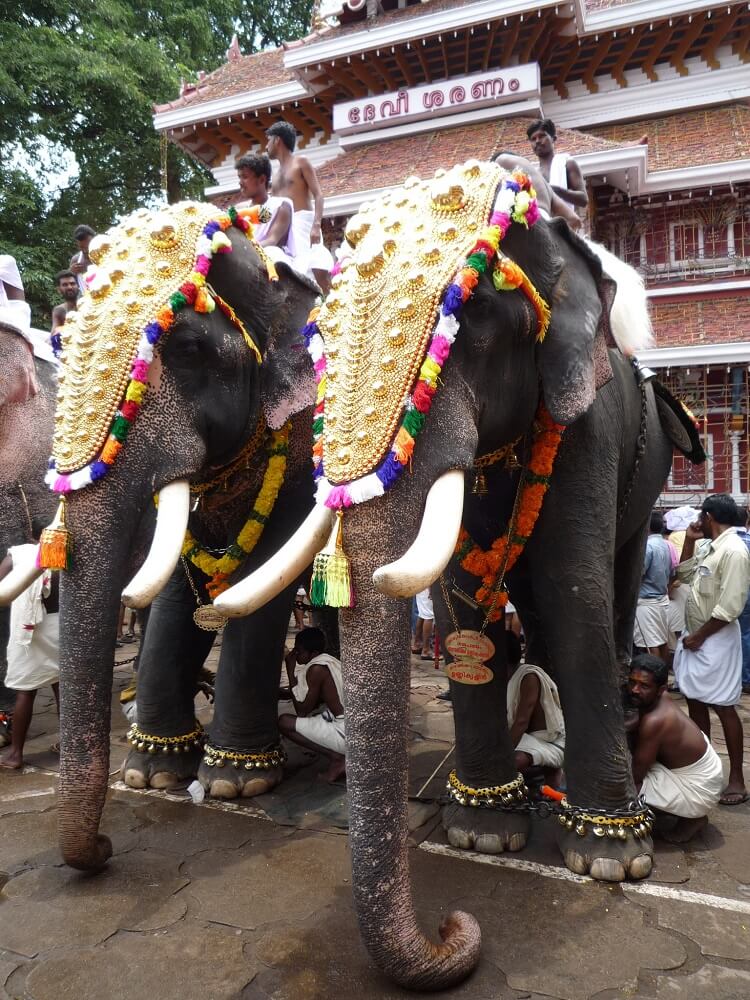 One of the venues is the Kodimoottil Bhagawathy Temple, where the elephants are beautifully decorated with riches and ornaments. It is amazing to be a spectator at elephant pageant in Kerala. The festival generally takes place in the month of March. The shout of joy and waving to the parading decorated elephants surrounded by beautiful umbrellas look really appealing. The festooned giant animals decked with colourful golden clothes and rich ornaments are joined by singing, dancing and musical instrument tunes make it a playful event.

Know the tenure of festival and attend the show
The dates of elephant festivals are planned in advance. If you are planning a tour to Gods’s own country do book Kerala travel package such that it falls somewhere in between the festival time. These pageants normally last for ten days.

Other than the elephant worship, there are other cultural programmes which have made themselves a part of the festival. Altogether, the festival is one of the oldest cultural heritages of India and it is expected to continue entertaining for a long time in the ages to come.