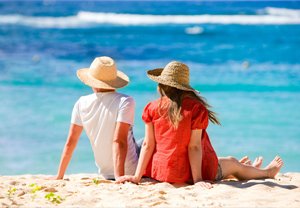 The Golden Triangle tour for 10 days is a perfect tailor-made package of Goa trip. "Golden Triangle with Goa" tour surely gives you a remarkable experience of a perfect combination of three treats, Islamic, Heritage Monuments and Portuguese City. This trip starts from the North East heritage places of India: Delhi, Agra and Jaipur and further moves on to Goa as for the last destination. This package makes a perfect bridge of two entirely different beauty and Attractions of India, the heritage destination following a rich tradition and culture connecting with modern India, having the influence of western lifestyles and Portuguese culture.

Delhi considered as Indian treasure giving a revitalizing experience of three different shades of living. The first shade is old forts and monuments of the Mughal era, as a showcase of Islamic architecture. The second shade is about the British time period, and famous for Lutyens architecture and designs. The last shade is about present attractions built by modern arts and architecture, attracting travelers for Delhi tourism. The journey goes through Agra, known as Taj City. The eye-conic Taj Mahal a wonder monument is here in Agra and India bosts for its existence and white marble beauty. The journey continues to Jaipur, the capital city as Pink city and the most essential destination in Rajasthan for having maximum forts and palaces. The journey ends in Goa known for the world’s paradise and a perfect beach destination giving a summary of the Golden triangle tour and Goa Tourism.

Upon arrival at Delhi international airport you will be greeted by our representative & transferred to your pre – booked hotel. Relax & rejuvenate yourself at hotel.

Establish your morning with a guided tour of Old Delhi. Starting with Raj Ghat, where India’s son Mahatma Gandhi cremated. Visit the largest mosque in India known as Jama Masjid. (Optional)
Take a rickshaw ride in narrow lanes of Chandni Chowk, old bazaar of Delhi. From here we ahead to Red Fort, built by emperor Shah Jahan in 17th century & labeled by UNESCO as world heritage site. Post lunch you will be taken for a tour to New Delhi planned by Sir Edwin Lutyens. Visit the Humayun’s Tomb, built in 16th century & renowned as World Heritage Site. Our next attraction will be Qutub Minar, the tallest minaret of world & a perfect example of Indo-Islamic architecture & listed in UNESCO’s world heritage site.
Also visit the India Gate & President House, the official residence of President of India. Overnight at hotel.

After a leisurely breakfast lead to Agra. The home of Taj. Upon arrival check in at hotel. Later in the afternoon take a guided tour to the visit of Agra Fort, the majestic fort of red sandstone stands on the banks of river Yamuna.
At the dusk visit the magnificent TAJ MAHAL, one of the seven wonders of the world. Built by Mughal Emperor Shah Jahan is a perfect example of most extravagant love. Evening free to explore the local streets.Overnight at hotel.

Today morning after leisurely breakfast check out from hotel & drive to Jaipur on the way visiting Abhaneri step well. Later drive straight to Jaipur. Upon arrival check in at hotel. Evening enjoy the luxuries of hotel and stay overnight at hotel.

After breakfast in the morning you will be taken for Amber Fort, the majestic fort located at the top of Aravali Hills. Take a short ride on elephant’s back to reach at the fort, a overwhelming experience. Come back to the city & visit the City Palace, a perfection of Rajput architecture, Palace of Winds popular as Hawa Mahal, a five storied building built in 1799 to enable the royal ladies to view the outside life & world. Later opt for Jantar Mantar, an astronomical observatory. Return to the hotel and stay overnight.

Today morning after breakfast check out from the hotel and catch morning flight to Goa. Upon arrival at Goa airport you will be escorted to hotel & overnight at hotel.

Pack your bag, it's time to leave. Morning after breakfast catch flight for Delhi or Mumbai. Here in Delhi / Mumbai you will connect to your onward flight.